With the picture below, I knelt down next to the fence and tried to get a low close-up with the lines of poppies going off into the distance. I used my Sigma 70-200mm lens set to f/2.8, so the focus depth is very shallow. I thought that the flowers fading out of focus in the distance would add depth to the image. The sky was cloudy, so the light was diffuse and even.

Near the wildflower fields there is also a butterfly garden. There were a few butterflies, including this one in a flowering tree. I was shooting against a bright white sky with this picture and the highlights are completely blown out, but I think it works. I like the composition with the soft colors and blurred white background. I think that the butterfly really pops in a way that it wouldn’t with a darker background. 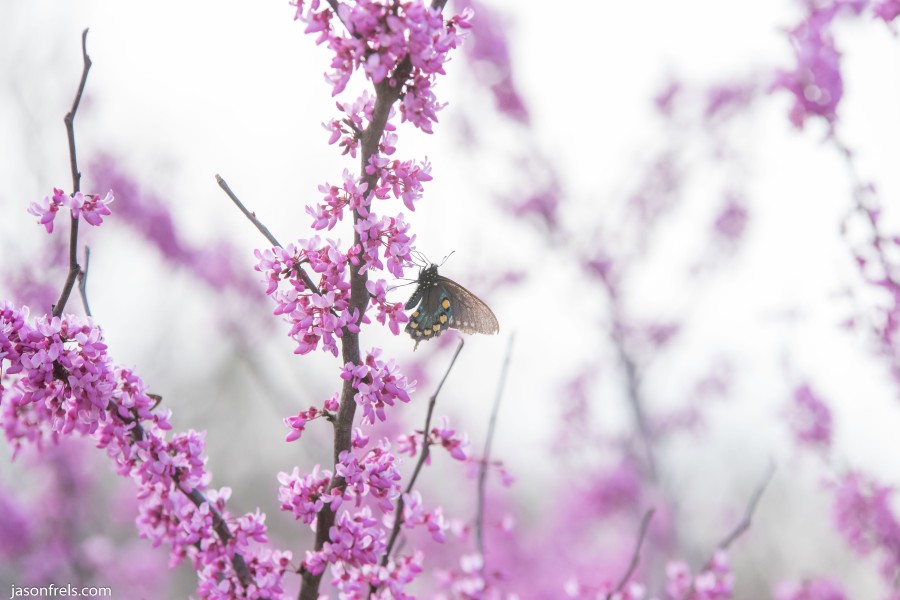 This was shot at 200mm, f/5.6, 1/3200s, and ISO3200. I applied some noise reduction in Lightroom as well as bringing up the shadows so that the butterfly shows up better.

In addition to the butterflies, there were a lot of hummingbirds flying around the feeders and trees. I already had the 70-200mm lens mounted so I toggled the camera over to auto-ISO and cranked up the shutter-speed to see if I could get some good freeze-motion hummingbird photos. The picture below captures a hummingbird coming in for the feeder in an instant when his wings are spread. The blurred wildflower fields and trees provide a colorful but non-distracting background.

This was shot at 200mm, 1/3200s, f/5.6, ISO3200. The auto-focus was quite good at locking onto the hummingbirds. There is some noise in the image if you zoom all the way in. I didn’t think it was bad and I didn’t bother trying to adjust it in Lightroom.

Below are a couple of additional images in which I think I caught the hummingbirds in fun positions. They’re such graceful little birds. They were shot with the same camera settings as above.

The birds were so active, that all I really had to do was point at the bird feeder, put the camera on continuous high-speed shutter release and hold down the shutter button when the birds were around. They are such small birds, that a longer lens would have been better for close-ups, but 200mm is as long as my gear bag goes.

I have been thinking about putting a hummingbird feeder in my yard. They are such amazing little birds. This is the first time I have ever attempted to shoot photos of them. I put the gallery below if you would like to flip through them. Thanks and I always appreciate comments. 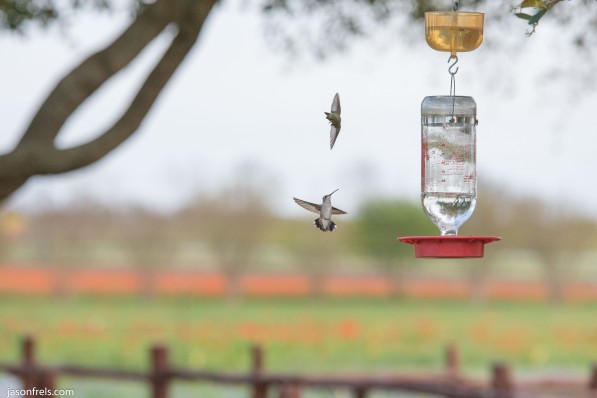 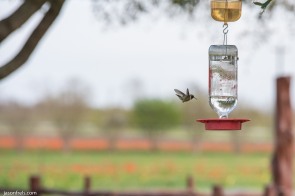 5 thoughts on “Wildflowers and Hummingbirds”