The last few days have been gloomy, foggy, rainy, and misty around here. I have a few vacation days to take and the weather has really soured my plans to go shoot something. I have always considered a dark, overcast day to be lousy for photography, but I started to consider that perhaps I could do something useful in black and white. I generally have an aversion to black and white for any landscape, but it’s nearly winter, the landscape is gray, the sky is gray so maybe it will work. So, I decided to go to some places not far from home to experiment.

My first stop was at the public library to return some books. I don’t think that our library is a particularly beautiful building, but maybe the angles and lines will stand out in black and white and I can bring out some definition in the clouds.

Below is the color image how I would normally process it. Not all of the trees have given up their leaves yet. 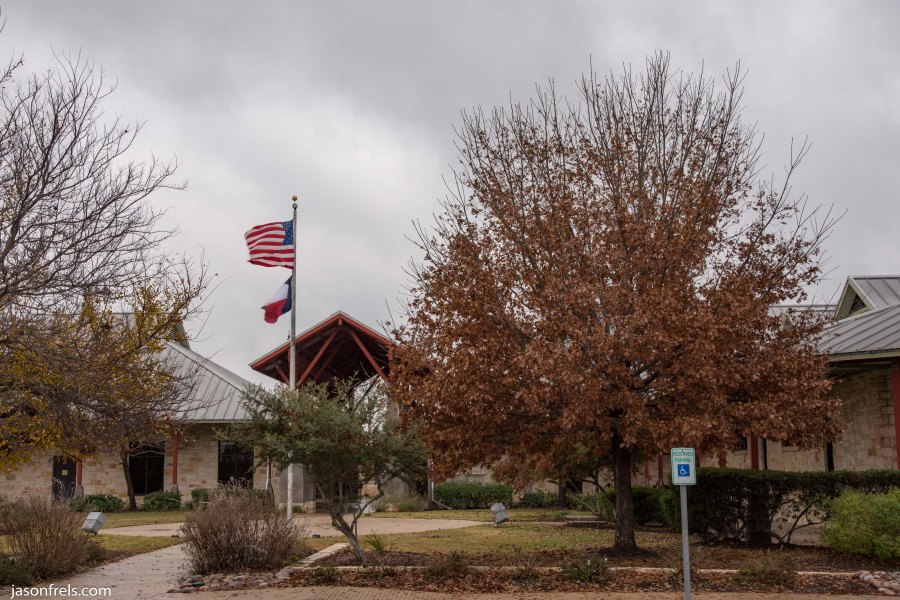 Here is the black and white rendering. I bumped the contrast and de-haze a bit to bring out the clouds. This would ordinarily make the colors look unnatural. 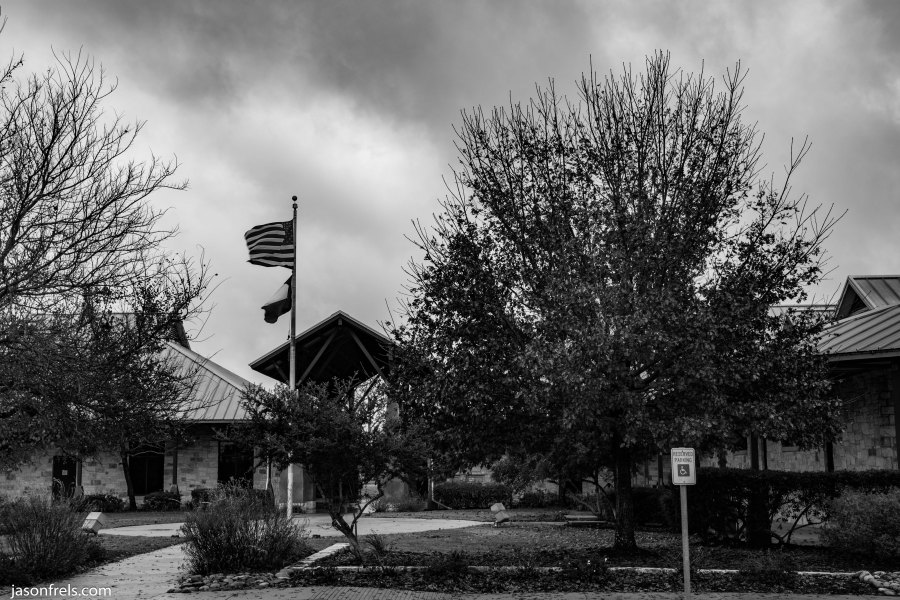 The black and white treatment does make the image more gloomy and it was a gloomy day anyway, so that is fine. The lines in the roof stand out a bit more and the trees and grass aren’t as distracting.

Next, I went to a park near my house. There is a bridge there and a bunch of oaks that have lost their leaves. I thought that this might look good with the gloomy sky as a back drop.

First the color image, which really isn’t much to look at. Mostly yellow grass.

Now the same image in black and white with the contrast and de-hazing bumped a bit. 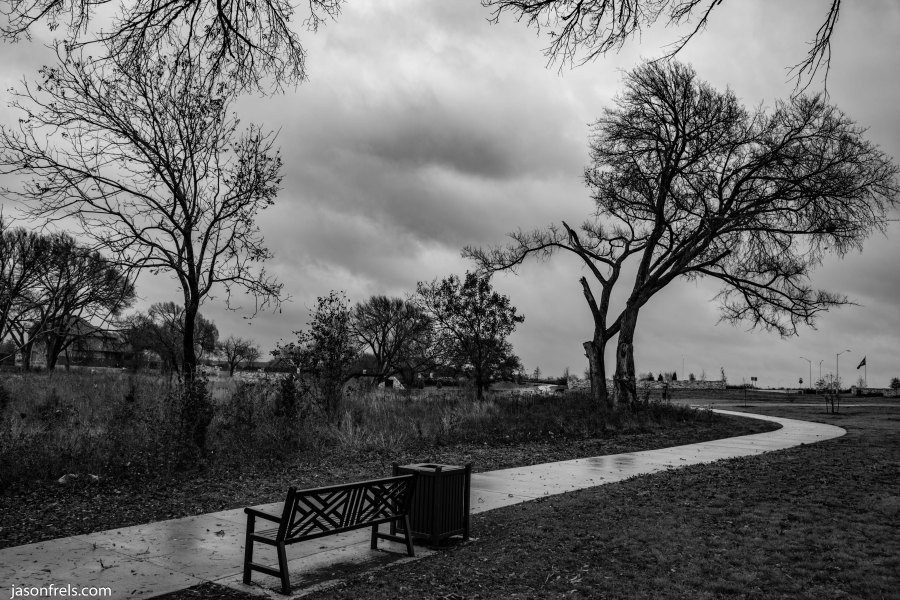 Without the color in the grass to hold so much visual weight, the naked trees really stand out against the gloomy sky and the park bench looks a bit more lonely. I just needed a couple of vultures to perch in the trees to complete the scene. The house in the background, which stood out in the color image, is much less noticeable in black and white.

Here is another from inside the tunnel that I don’t think works very well.

Am I going to turn into a black and white landscape guy? Probably not. I still love my color, but it is nice to explore something different sometimes. Thanks for reading. I would love to hear what you think below.