For a few weeks in the spring, central Texas gets a brilliant wildflower show and the bluebonnets are the star of the show. Around the place where I work I noticed some flowers growing amongst some rocks and waited for a time when the sun was out and took a few photos.

Below are a couple of photos of some bluebonnets growing on a large rock. The background has a sidewalk and fenced in area, so I worked on blurring the background as much as possible so that it wouldn’t distract from the subject. Also, these flowers are in a place where they do not get early morning or late afternoon sunlight so these photos were taken a little before mid-day. 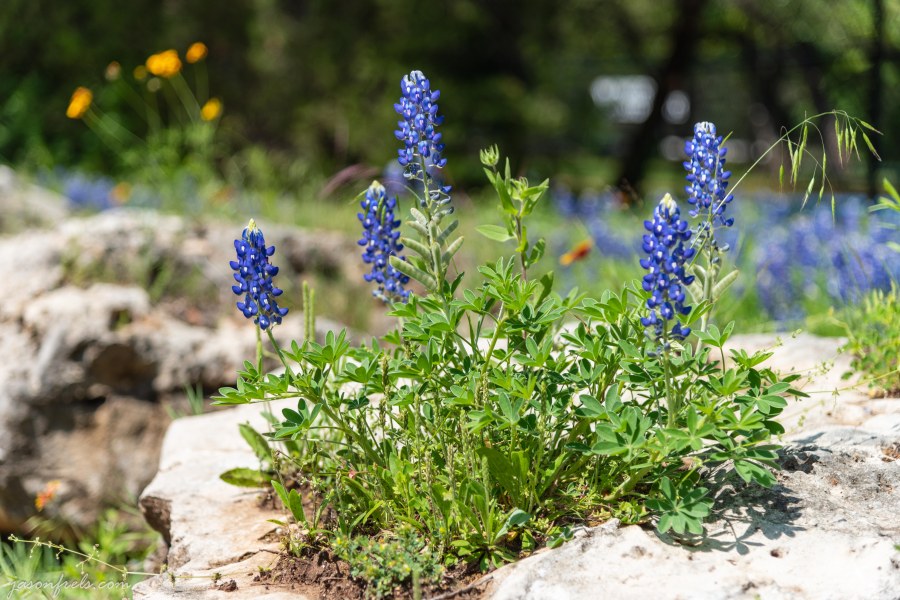 One difficulty that I encountered was the large amount of contrast between the rocks and the plants. My first few shots overexposed the rocks and I eventually set the camera to expose for the highlights to get a good exposure.

Tip: A neat tool that many cameras have for judging exposure is blinking the overexposed and underexposed area when you look at the image preview on the camera LCD. I have my camera set to do this so that I can check exposure with a quick glance at the preview. I also look at the histogram to be absolutely certain.

There was also a solitary, bright red and yellow flower on the rock. This flower may be called a Mexican hat, but I am not certain. I tried to capture it against a blurred bluebonnet background. To do this I zoomed in as much as I could, 86mm in this case, and got as close to the flower as I could and still compose the scene. This minimizes the focus depth and renders the background out of focus. 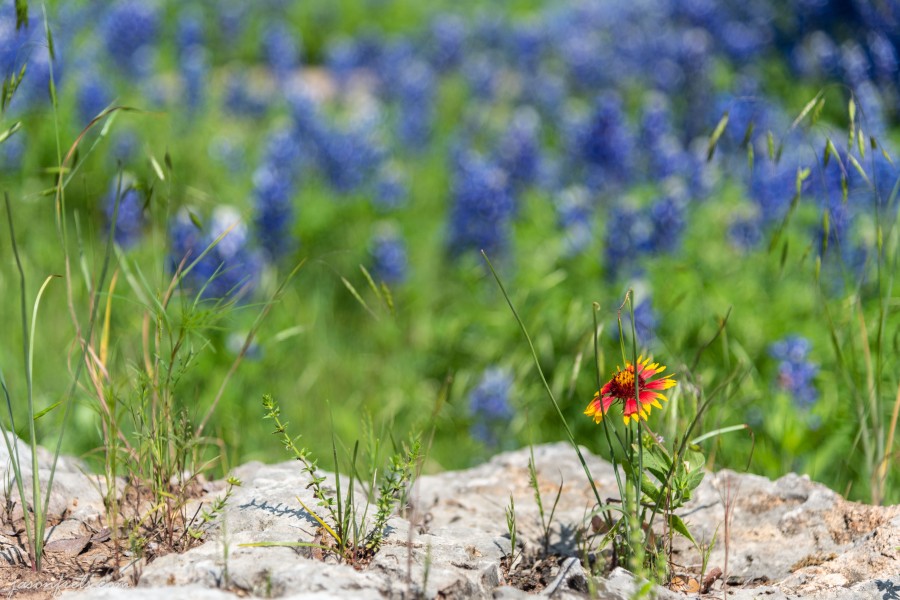 I was hoping that the sidewalk in the background would not be noticeable. It is still there as a gray area. There were also several weeds around the flower, but they were part of the scene. I think that the warm colored flower does show up well against the cool green and blue background.

Below is another picture with one of the bright red and yellow flowers against the bluebonnet background. I probably put the red flower a bit too low in this picture. I was squatting down almost to the ground to get this.

In the below image I also experimented with isolating a particular bluebonnet from the other with bokeh, but they are so close together that I didn’t succeed entirely. 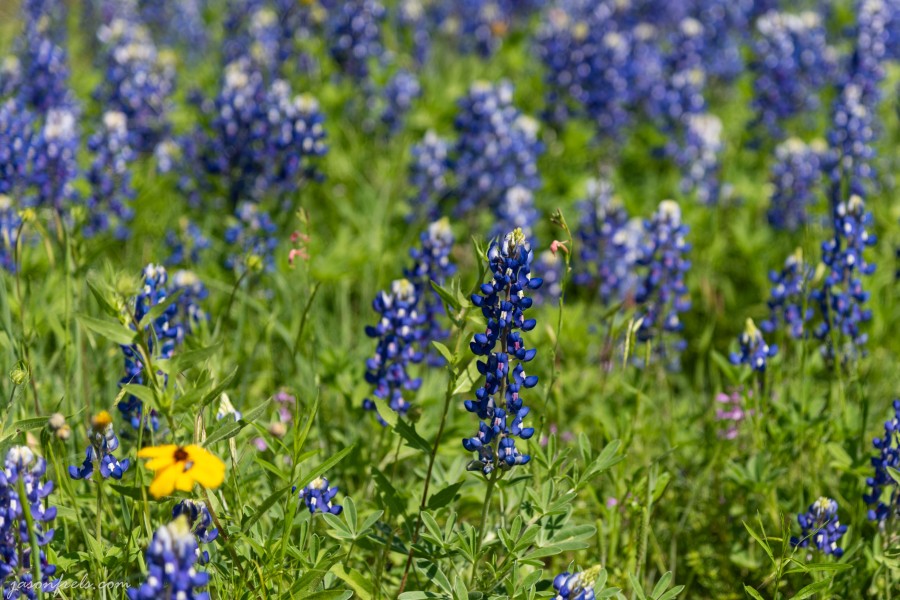 Well, that was my brief lunch break wildflower photo shoot. The sky clouded up again as it has been most of the last few weeks. With wildflower season soon ending, I will have to turn to other subjects for photography.

I put a gallery below that you can flip through. Please leave a comment if you like. 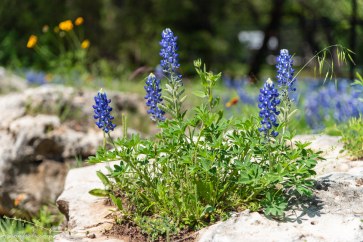 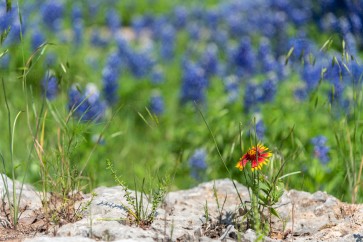