I had occasion to spend an evening in Eastland Texas, a small town west of Fort Worth. I spent some time shooting photos outside, but I was fighting a lot of dull cloud cover and eventually rain.

Before sunset I got a brief break-up of the clouds and managed to shoot the late afternoon sky over The Eastland hotel. I really liked the brick streets as it gave the place a much more charming small town feel.

This is an HDR merge shot at 24mm. I really wanted all of the color and contrast in the sky and spent some time in Lightroom bringing that out. The HDR merge also let me keep the color in the bricks on the hotel and in the streets. I just needed to arrange for a car club to park a bunch of 1950s model cars on the street and this would be a classic looking photo. But who knows, maybe in the year 2070 someone will see this as a classic old photo. Just after this photo, a large cloud bank moved in and grayed out the sky again.

On the same street is an old restored theater call “Majestic”. After dark, the sign was lit and there was a showing of Jumanji. I wandered up the street to try to get a good angle on this sign as I love the classic look of the theater. With no light from the sky, light from the theater sign is reflected in the bricks of the street.

My options here were to shoot with the power lines in the frame or try to shoot around the large oak trees in the distance and to the right. The power lines are there, but I don’t think that they detract too much from the photo. I love the brick street.

A more head-on view gets around the power lines and trees, but it minimizes the neon sign. 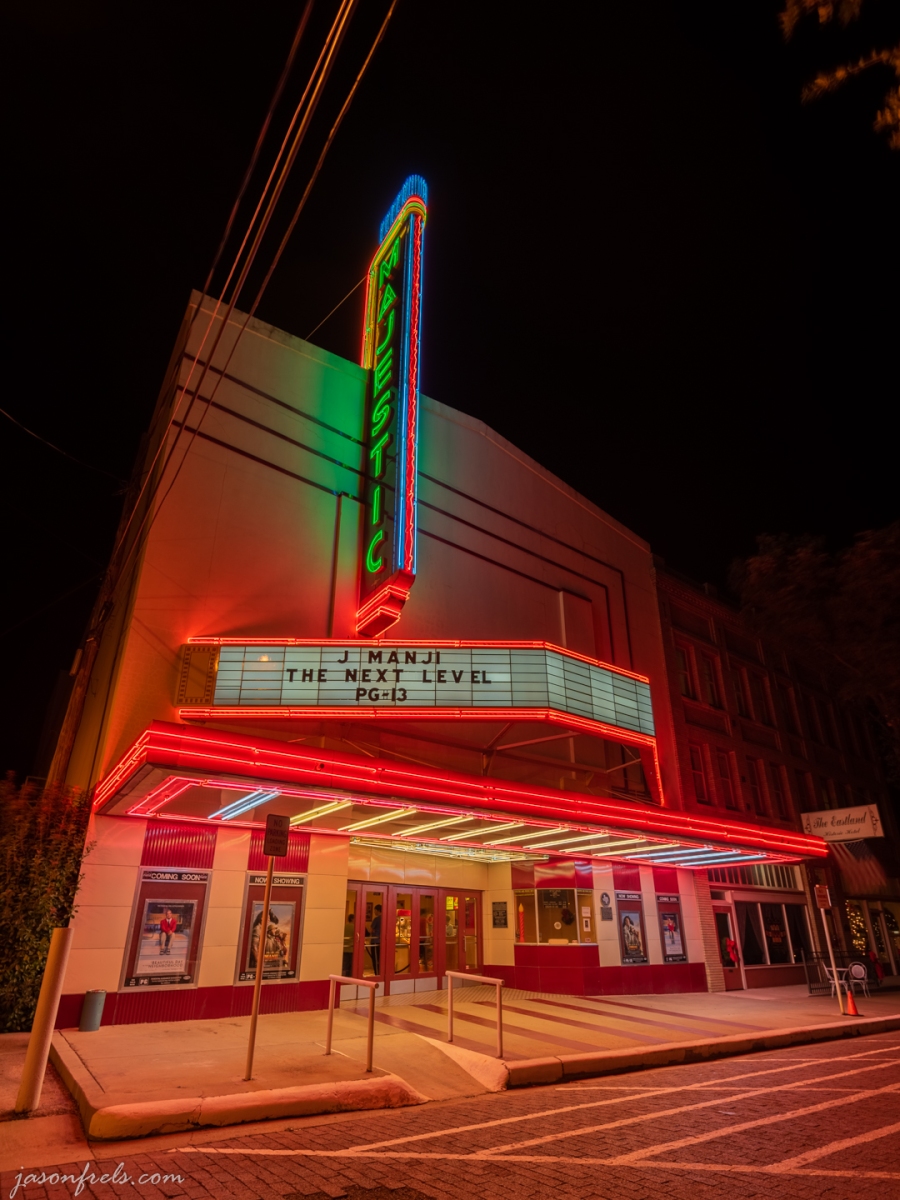 It may have been nice to see the theater with some small amount of light in the sky beyond, but they didn’t get the movie going until well after sunset.

Below may be the angle that works best framing the theater, the hotel and the brick-paved street. I was shooting around a lot of parked cars on the right and left. 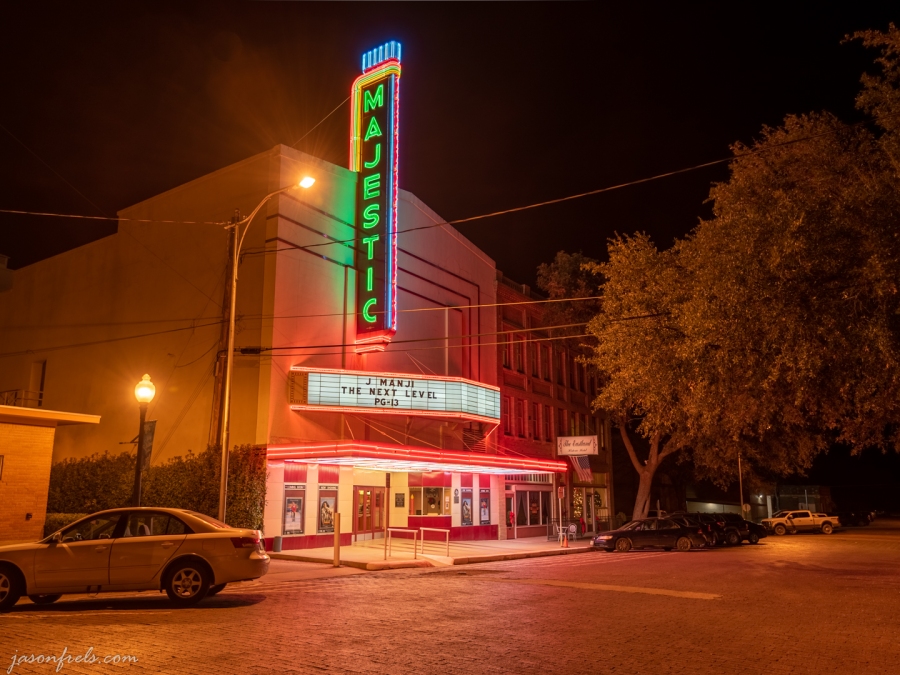 Some of these photos were a mess of lens flare that I had to try to remediate, especially from that high sodium street lamp that really should be removed.

After this, I wandered into the theater and got some nachos from the snack bar. I still, however, have not seen a Jumanji movie. The next morning brought steady rain well into the afternoon.

I love the feel of a small town downtown area and wish that more of it was preserved like it is here. Thanks for reading.