I took girls to the Wings Over Houston airshow this weekend. The airshow was held at Ellington Field near the Johnson Space Center and this was the first large event in the Houston area since the Covid19 crisis began, so it involved a lot of social distancing. I had a parking space at the airport with space around it for putting out chairs and such so I never had to be close to any strangers. I got there early enough so that I was right on the fence next to the runway and had a great view of the aircraft and it was clear, blue-sky day. The US Air Force had several demonstration teams at the show and that is what this post is about.

First their was the A-10 Thunderbolt II, which is a rather distinctive aircraft with the large engines mounted on the sides. These are ground attack aircraft and the demonstration involve a lot of low flying runs right over the runway with explosive devices on the ground to simulate bombs exploding. So, that was fun to watch. 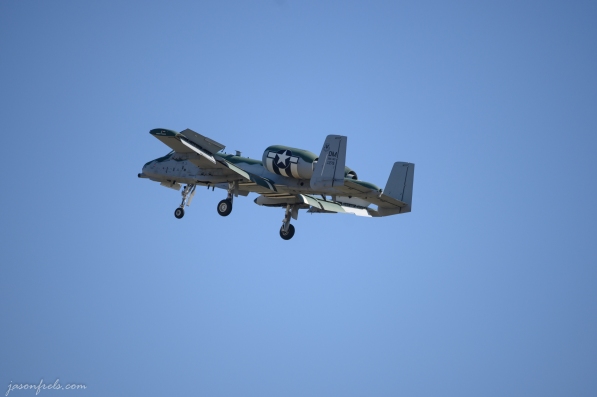 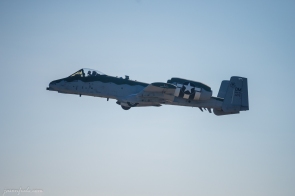 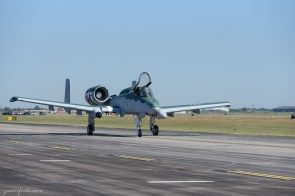 This was followed by the F-16, which I was excited about because I know how loud they are and I was looking forward to seeing the girls respond to this noise. While they are not allowed to exceed the speed of sound for the airshow, they did come close and made a terrific noise while doing so. When I was about 19, a long time ago, I saw an airshow with the Air Force Thunderbirds flying these aircraft and I was excited to see and hear them again. Enjoy the after-burners below. 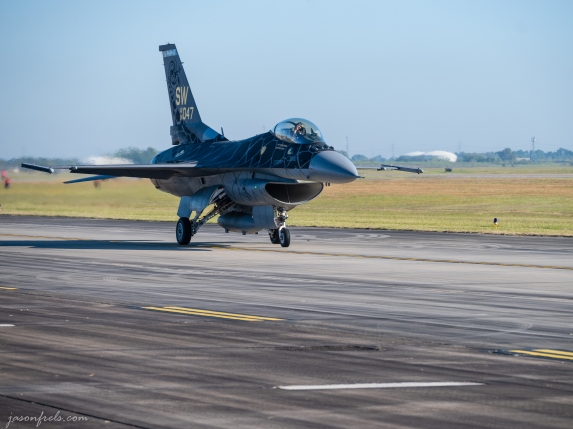 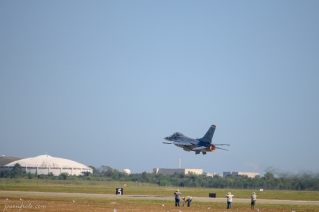 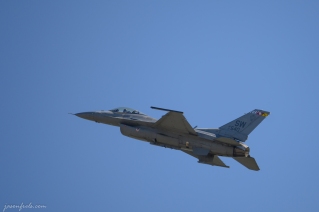 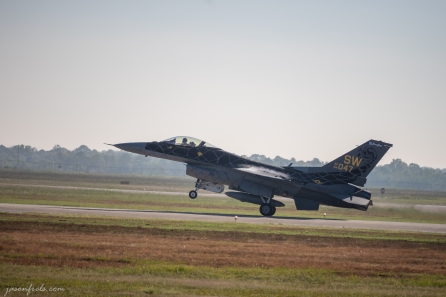 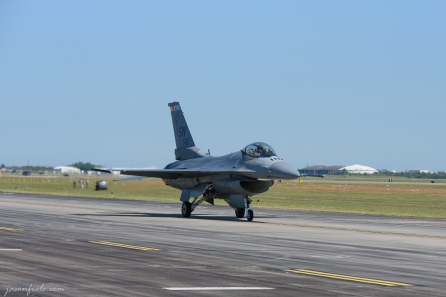 Later in the day there was an F-35 demonstration. The F-35 is another nicely loud jet that did a lot of low passes over the crowd allowing me to get some nice photos. 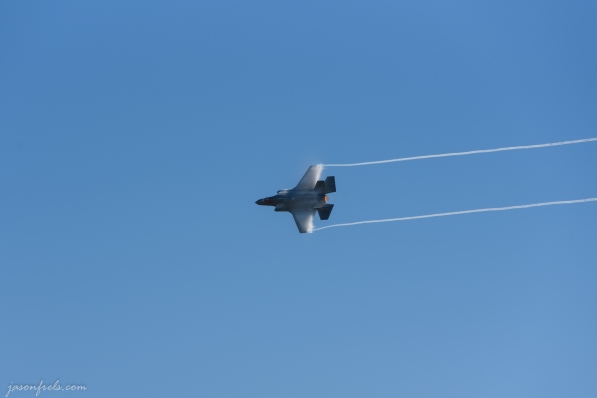 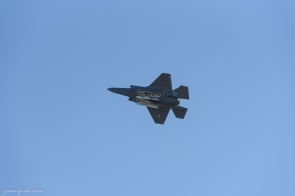 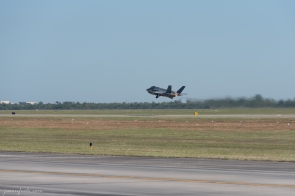 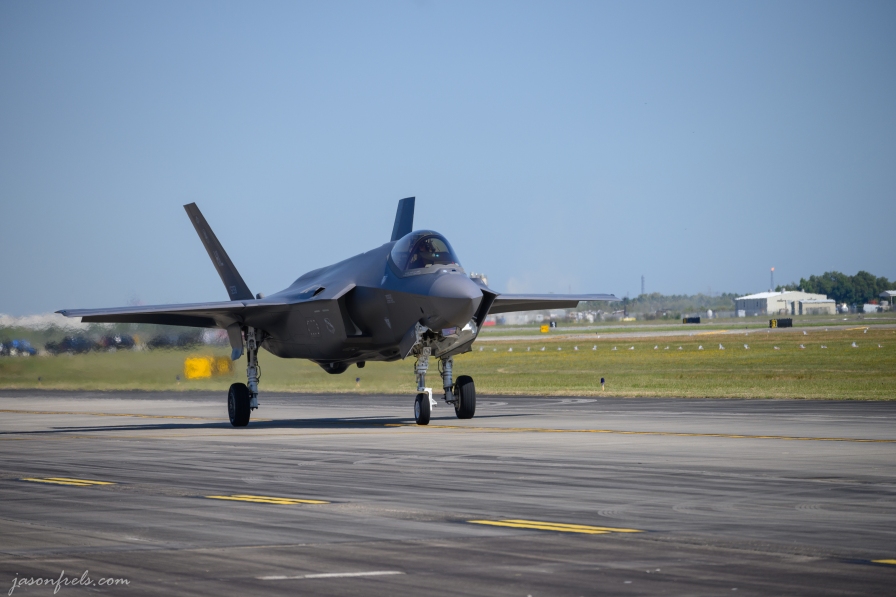 Then there was this large cargo plane that is capable of relatively short take-offs and landing as well as being capable of hauling half a million pounds. I had zoom out a bit as this plane was so large and flying so low. It can fly cargo to basically anywhere on Earth. 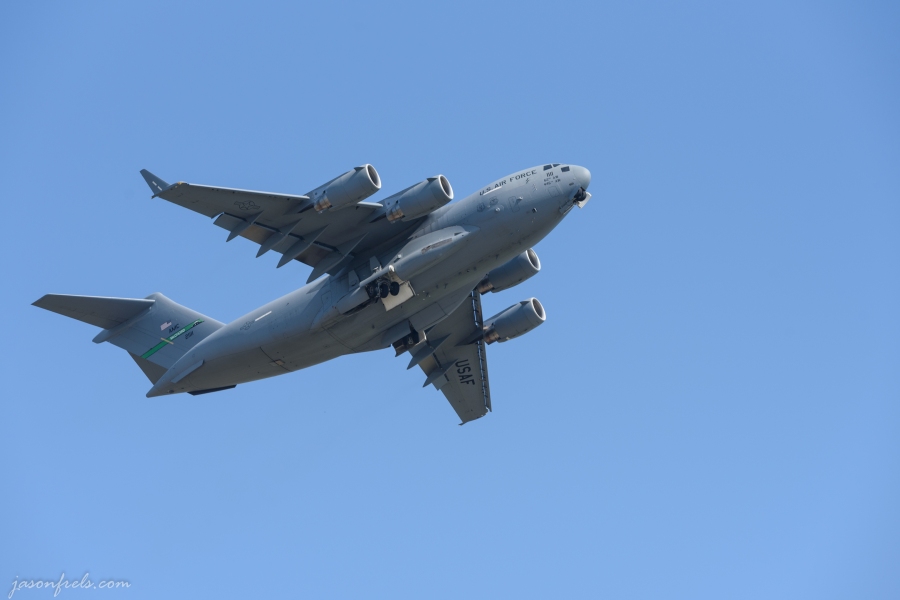 At the end of the day the F-22 came out and took off. It made one pass and then it apparently had a mechanical problem and had to land and go back to the hangar. It was fun to see for a few minutes anyway. 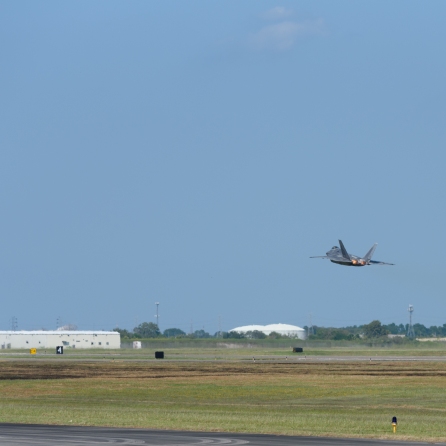 At the end of the show, a variety of aircraft from the P-51 of the World War 2 era to the more modern aircraft flew around in formation. 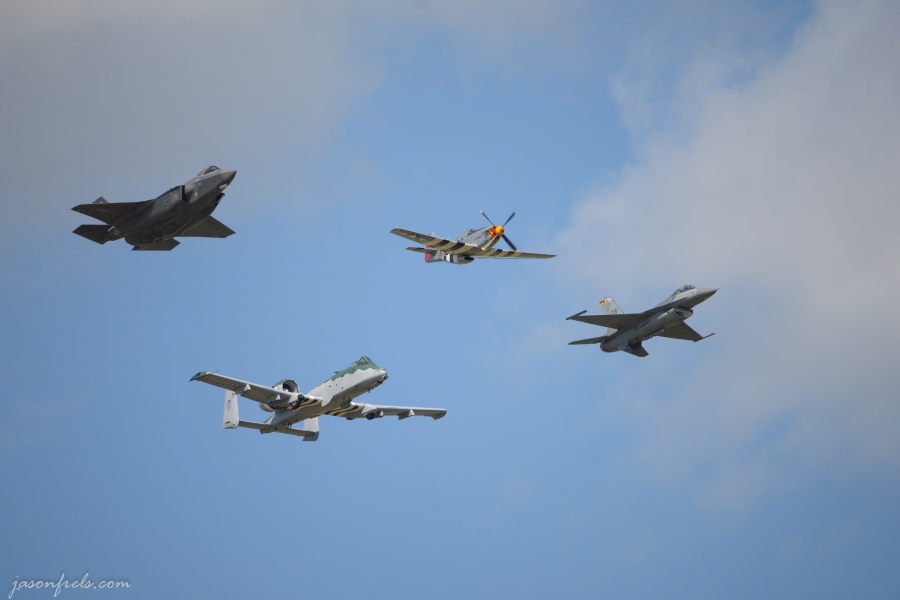 There were a lot of other performers at the show and I’ll more on that in another post. Thanks for reading.