Also at the air show there was a world war two display by the commemorative air force. They maintain and fly a variety of aircraft from that era including some Japanese planes. So they performed a sort of re-enactment of the Pearl Harbor bombing with smoke generators and pyrotechnics on the airfield. This made for cool show and some nice photo opportunities.

Below are some decent shots of a couple of the air planes flying low: 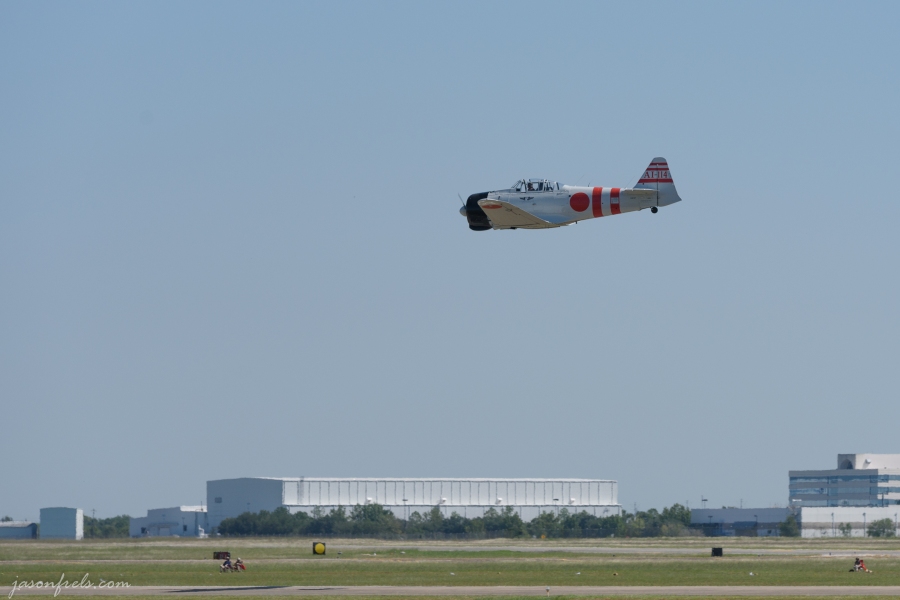 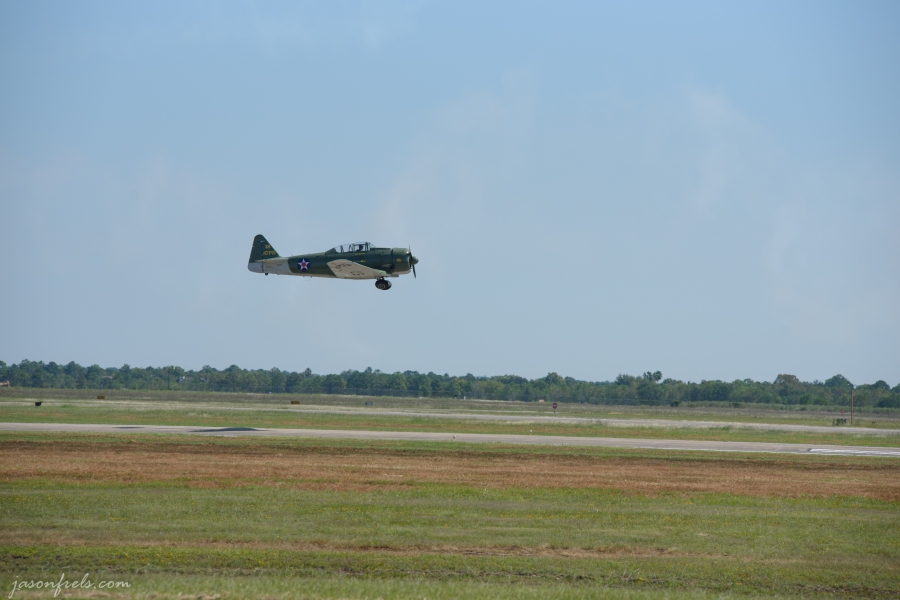 Below are some photos of the air planes flying low with the explosions being set off on the ground. The airplanes were also producing smoke to looks as if they had taken damage. You can see the waviness in the air from the heat of the explosions. I thought about digitally removing all of the people from the photo, but that seemed too much like work. 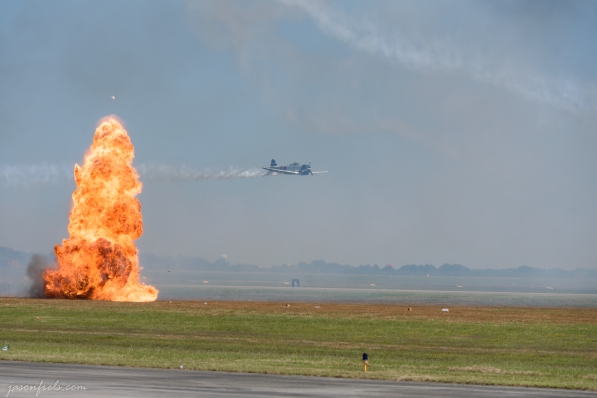 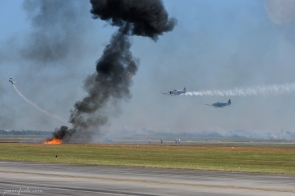 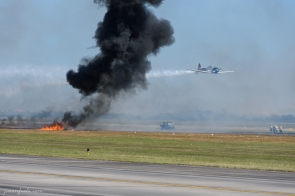 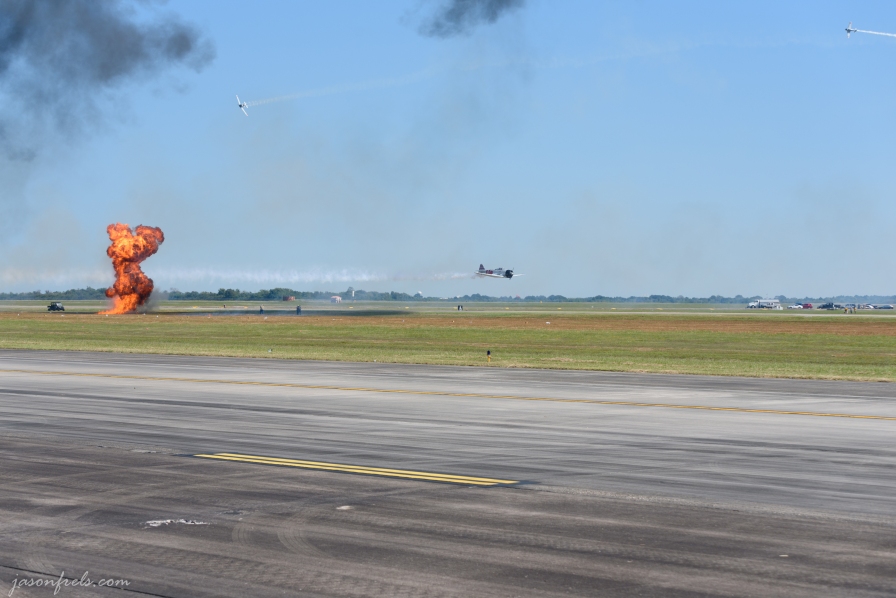 Below is one of my favorite shots showing the wings of the planes and the rings of smoke in the sky. 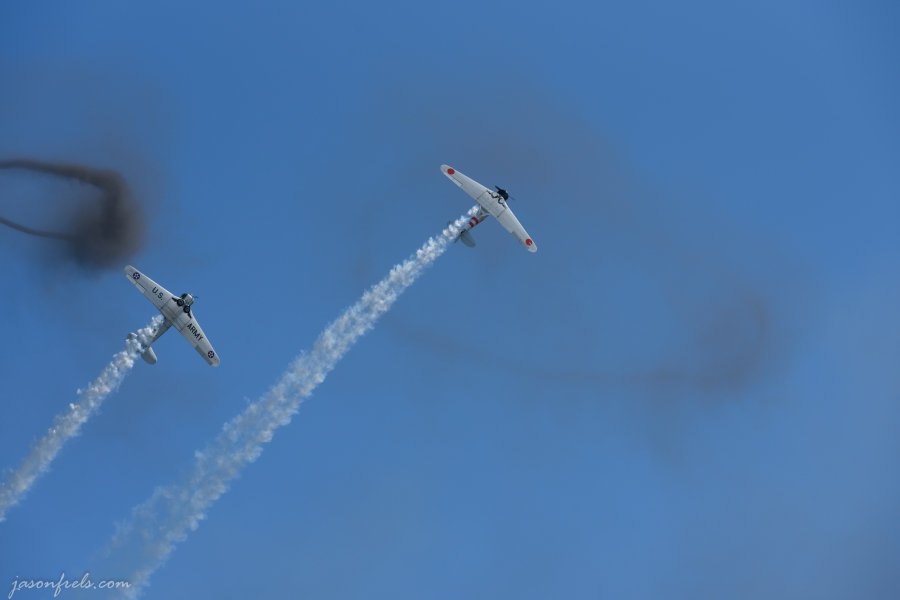 A few other planes came out from later in the war after the main demonstration was over. 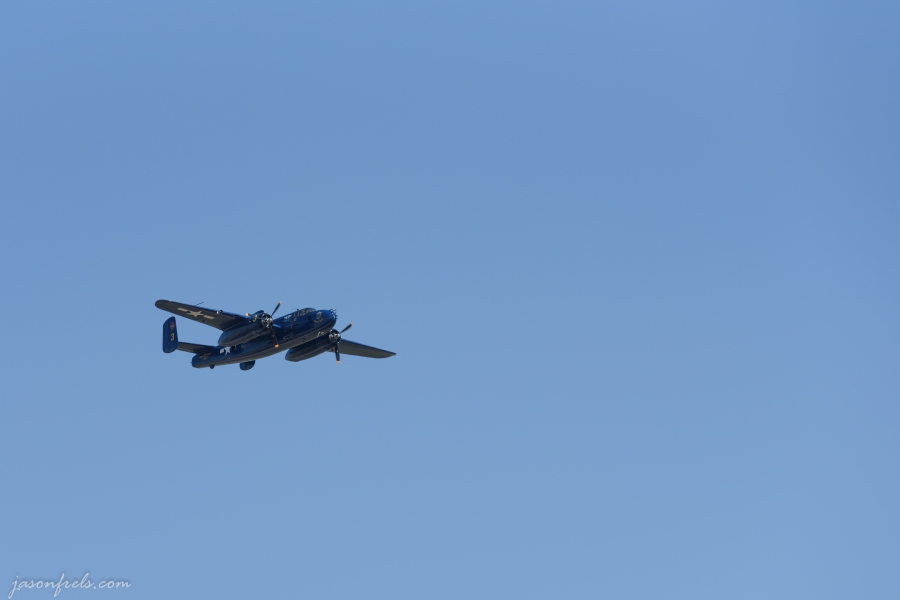 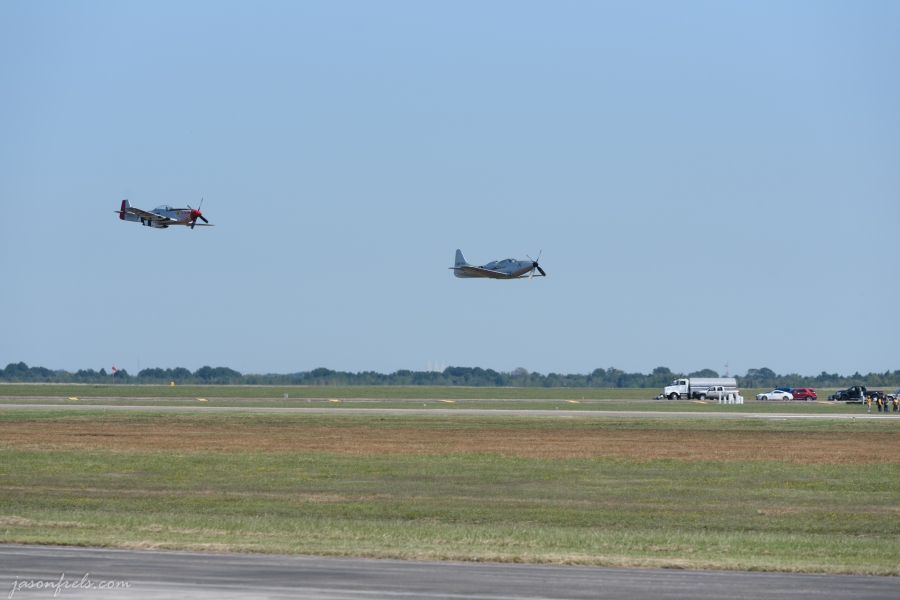 I shot all of these with the D750. I found that the auto-focus on the D750 did a much better job of catching these planes in action than my Z50. Or maybe it is me not knowing how to properly use the auto-focus on the Z50 as I usually shoot stationary objects. What ever the explanation is, the D750 with the Sigma 70-200mm f/2.8 quickly found and lock focus on the airplanes racing across the air field.