This should be my final installment from the Wings Over Houston Airshow. I wanted to cover a couple of performers that I really enjoyed with this post.

First, Jason Newburg or Viper Airshows. He flies this cool little bi-plane that allows him to do some amazing aerobatics and he actually performed twice during the airshow so I had plenty of photo opportunities. Below are some of my better shots. 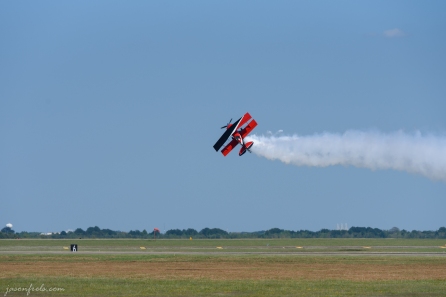 Part of his performance was a race with this large jet powered truck call Shockwave. Shockwave is said to be the fasted big tractor and is supposed to hit something like 350 mph. When it came by the fence where I was standing, the heat from the flames was pretty strong and I turned away. My first thought was “why would you build something like this?”, and my second thought was “why not?”. 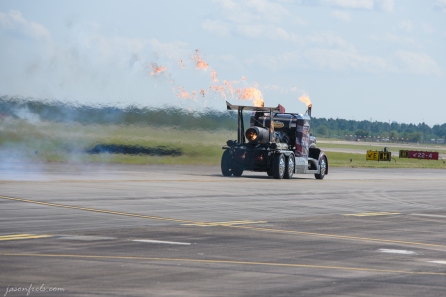 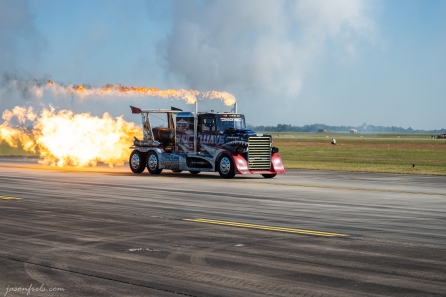 The announcer said that the rocket truck won, but it looked to me like the airplane won. The truck was rapidly gaining on the airplane toward the end of the race, so maybe I was well positioned to see the finish line. I will add that Jason Newburg was flying upside down.

Another amazing performer was Debby Rihn-Harvey. She has a long history of winning acrobatic championships and piloting for commercial airlines. She also owns an FBO near Houston and trains people for aerobatic flying. Here’s what amazed me: she did an interview on the radio discussing her background and narrated several of the tricks she was performing while she was performing them. She’s 69 years old and she sounded like a nice grandmother talking softly all the while she is flipping and twisting the plane around in the sky in front of everyone. Her voice was completely calm and I would expect pauses to concentrate on some thing or another, but it was just like a stroll in the park. I was amazed. 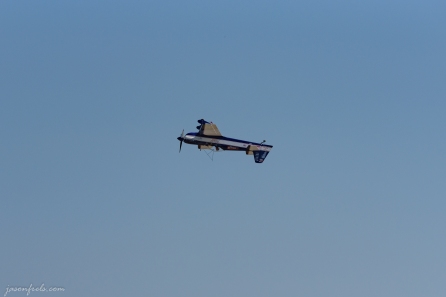 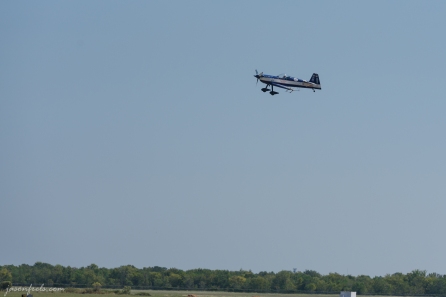 I didn’t get as many photos as I wanted of this performer as I was eating a sandwich. But when I saw the act for a few minutes, I ran and grabbed my camera and got what I could.

I hope you enjoyed my airshow photos. This will be it for this topic until maybe next year. I may go back for the 2021 show.

9 thoughts on “Wings Over Houston, part 3”