I set out on an unsuccessful trip to Enchanted Rock State Nature Area for hiking and photography in the late afternoon, but when I got there the sign indicated that the park was full and I wouldn’t be allowed in. This park often fills up on the weekend and I didn’t know if I would get in so I had Inks Lake as my backup plan.

In January, they lowered the lake level for dock repairs or whatever, so it wasn’t as scenic as usual. Below you can see my photo from a few weeks ago compared to one I took on this trip showing the original waterline. Inks Lake is ordinarily a constant level lake.

I hiked up to some cliffs to the East of the lake to try to get some nice shots at sunset. With the lake level low, there was less water to get nice reflections, but I think I got some decent shots. Below are two HDR merges that I did of the sunset. 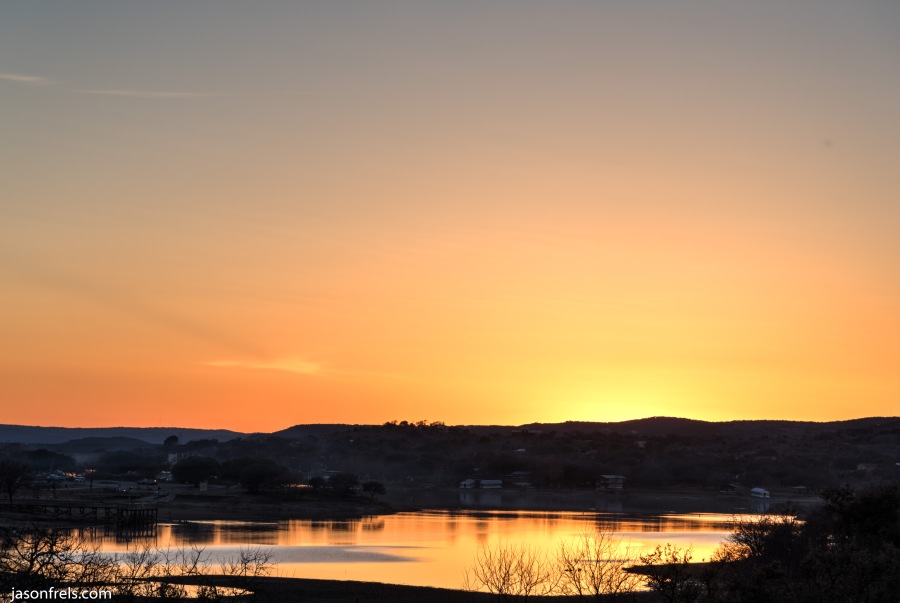 I tried to do a light touch on the HDR so that it would look as realistic as possible and look like what my eyes saw.

I moved down into an area that is ordinarily submerged, got my boots all muddy, and took a few more shots. I wanted to capture the long reflections across the water with the horizon mostly centered in the frame. 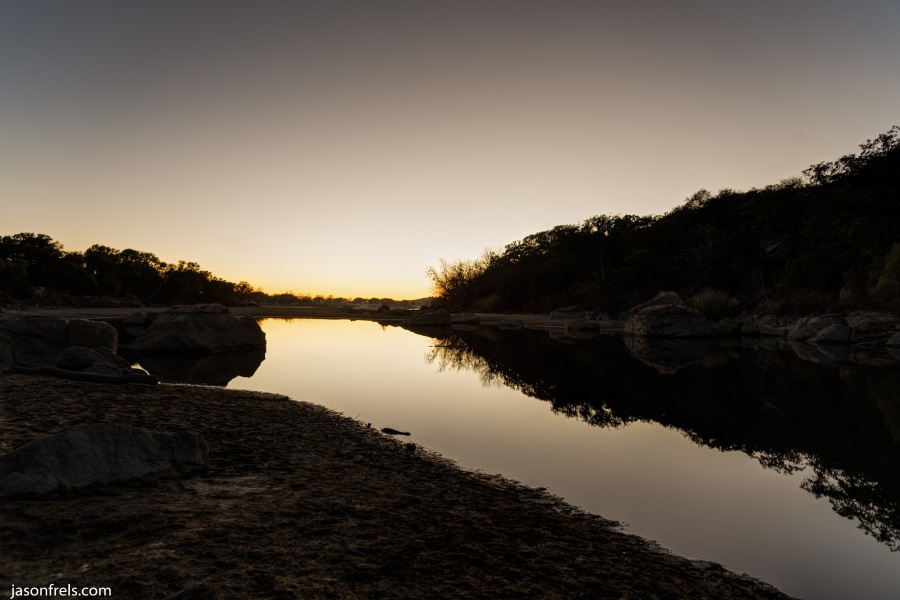 It was getting very dark when I took this and moving into twilight. So, I trudged out of the mud and found my way back to the trails before it go too dark. Maybe I’ll make it out to Enchanted Rock for a late afternoon at some point. It may have to be during the week.